* Mentoring
1. The Patriarchal Blessing - Teaching fathers how to bless their childrenBlessing a child
2. L.I.T. (Leadership Inspiration and Training seminars)

* A visit with the "patriot pastor"
1. Exciting presentations of the facts from foundational documents about America's Christian history

Yes, dear friend there was (and once again is) a "Black Robed Regiment"... and it is my blessing to say, that, I am a part of it. That confession may have some dire consequences for me, as it did for the original group. If I now have caught your attention, then, I am ready to give you the true American HIS- story lesson the one not many today know because so many are steeped in revisionism with ungodly roots and motives, over truth and facts.

Beginning as far back in the founding of America as the Plymouth Colony there were those called separatists and non-conformists. By today's standards and twisting of language, that does not cast a very favorable light on these really fine folks. Even back then in "ancient" HIS- story (HIS = JESUS CHRIST), there were people who wanted to acknowledge GOD and HIS WORD no matter the consequences.

Tyrannical kings, such as king James I, declared anyone who disagreed with him (in both civil and church matters)(he was head of the English government and also the English state church) as a non-conformist. The people we call today the pilgrims and the puritans were such. Their crime was simply to want the king to be a Biblical civil magistrate and the Church to be free of corruption and worldliness... a true Christian endeavor. They brought their desire to the "new world" with them. They knew of persecution. People like John Bunyan (Pilgrims Progress) spent 5 years in prison for suggesting that it was not Biblically correct to write out prayers when THE HOLY SPIRIT could speak through a true believer.  Those who did not challenge the king received great favors... they took a license from the king and got various perks with it. They agreed to not criticize or interfere with any thing the king would do. Please allow me now to fast forward a bit (it is difficult to be brief with such a comprehensive subject) to somewhere around 1730.  The situation of England's abuse of its American colonies was escalating. Most people feared opposing the English king's orders no matter how oppressive... for good reason. There were certain preachers of THE GOSPEL ... true CHRISTIANS.... Who preached from their pulpits and in the public square the sins of the king. We have today many of those sermons on record. These true servants of THE LORD JESUS CHRIST warned the people and exhorted them to take action. From 1730-1775 (The Battle of Lexington) these preachers fanned the flames of Biblical righteousness and freedom.

Most Americans today are unfamiliar with this kind of devotion to CHRIST, this kind of preaching, courage, holy boldness, commitment and patriotism.

How many know that the most prominent saying during The American Revolutionary War (what I call the war for American independence) was.... "We will have no other king but KING JESUS"!

Village parsons... pastors... preachers such as Jonas Clark of Lexington and James Caldwell of  New Jersey were called by king George 3rd ... are you with me? "The Black Robed Regiment, because of the black robes which were customary for them to wear while preaching and the black covered Bibles they preached from. They believed their call from CHRIST to follow HIM was their qualification. They refused the king's license to preach. They refused the king's special favors. They refused to remain silent about the king's ungodly government and his oppression of his subjects, the American colonists. For this refusal, the bounty for the head of a member of "The Black Robed Regiment" was a small fortune. They were hunted... they were killed.... their property was confiscated... their homes and libraries burned.... Even their wives and children destroyed. What was their crime? Read Acts chapter 5 verse 29. They were not rebels... they were obedient servants of the only true PRIEST and the only true KING.... JESUS CHRIST!

I believe I am one like these. I believe there are others out there like me that can be called "The Black Robed Regiment" of today. Are you ready to join up?

"This would be a better country if all our pastors shared your conviction." - Gary Bauer Pres. Campaign For Working Families

To learn more, read these titles: 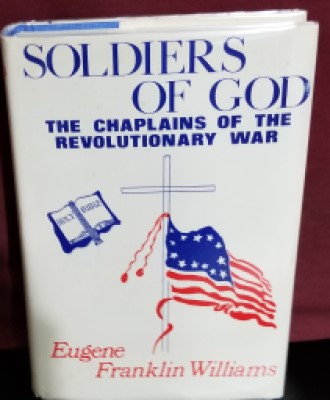 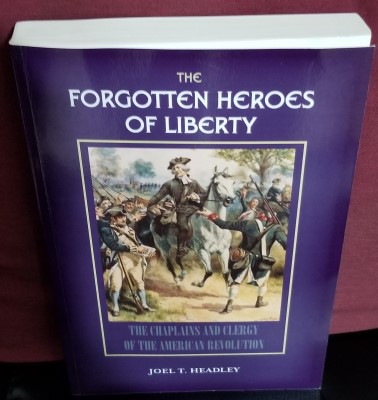